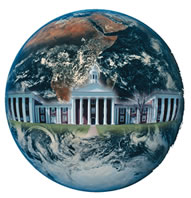 Jeffrey C. Barnett is the S. Blount Mason Professor of Romance Languages and has also served as the Head of the Global Stewardship Program as well as the Latin American and Caribbean Studies Program at Washington and Lee University. Since 1989 he has taught classes on language, culture, and literature both domestically and abroad, including courses on the Spanish-American novel of the "Boom," Caribbean literature, and literary translation. His articles on Spanish-American narrative and comparative literary studies have appeared in journals in Spain, Latin America, and the U.S. He has translated a diverse selection of Latin American authors, ranging from the short stories of Carlos Fuentes to the epic poetry of Martín del Barco Centenera. His book-translations include The Miracle of St. Lazarus (2019), by Uva de Aragón; Rebaños (2017), a volume of poetry by Cuban author Zurelys Lopez Amaya; and Uva de Aragón's The Memory of Silence (2014). He has lived in Honduras, Mexico, and Spain.

The Miracle of St. Lazarus: A Mystery More than Twenty Years in the Making

López Amaya's verses and prose poems offer difficult, hermetic verbal snapshots of Cuba--ironic and anguished but not without hope.

The collection of verse takes us to a pasture of the absurd, where the individual--required to submit completely--resists. This is a solitary testimonial of the flock's mute rebellion, their apparent unanimity, their inertia in the face of an undeniable voice that commands them to walk in circles--from their corral to the fields they forage to the

As she portrays a society amassed in a pasture hopelessly waiting for an absent shepherd, her poems always lead our eye back to the flock, or rather the Cuban people.  In doing so, she puts forth a complex and ambivalent view, one that is an instinctual lament but also one which finds solace in poetry.

Despite the work's poignant socio-political insight, López Amaya's poetry is not limited to social thesis.  Instead, she offers a rich and complex view of her world, all the while embracing simplicity and pondering aesthetic wonder.  Throughout her poems we find a wide array of emotion, including empathy, loneliness, nostalgia, remorse, longing, and love.  In short, whether posing disturbing images about her socio-political milieu or celebrating the mundane, Flocks/Rebaños provides the reader with a gestalt view of the poet's daily life, a vision that on the one hand is inextricably tied to Cuba, while on the other a vision that extends beyond the island to summon the universal. Purchasing details can be found at Cubanabooks Press

The Memory of Silence 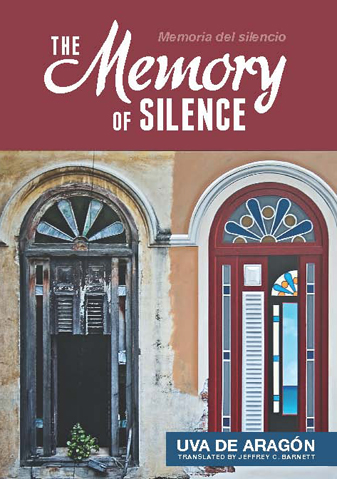 Translating Uva de Aragón’s The Memory of Silence has been one of my most challenging and rewarding scholarly projects to date.  The text is presented as a series of interpolated diaries—including newspaper articles, political speeches, journalistic editorials, poems, songs, and other authentic texts.  Each alternating chapter recounts the life of two twin sisters separated at the outset of the 1959 Cuban Revolution.  For forty years, both lead distinct lives in terms of their daily concrete realities yet, often unknowingly, they share common milestones, attitudes, values, and intimate secrets.  Finally reunited in the present, the sisters must confront the pain of the past as well as the promise of the future.  While it is true that the novel most forcibly speaks to those interested exclusively in Cuban matters, the new bilingual edition will transcend that scope and also be of interest to students of Latin American and Caribbean Studies, Women and Gender Studies, literature in translation, and Diaspora studies among others.  Purchasing details can be found at Cubanabooks Press

More than an area studies about a singular region, the Latin American and Caribbean Studies Program explores the Americas in the broader sense.  To understand today’s Western Hemisphere students must make interdisciplinary connections that transcend political borders.  From Canada to Chile and Bermuda to Brazil, our curriculum focuses on the unique experiences that define the Americas

The LACS Program makes a logical complement for those majoring in history, Spanish, literature, economics, politics, or sociology.  Students interested in completing the Minor or simply learning more about the region should enroll in LACS 101 (Intro to Latin America and Caribbean Studies) as early as possible.  LACS 101 also counts towards the FDR HU requirement.  To learn more about the program, visit the Program and Course site.